Joint SIArb-SCCA Debate: "This House Believes that Virtual Meetings and Hearings will be the Norm Post Pandemic" (3 Dec 2020)

On 3 December 2020, SIArb held its Annual Debate as a joint event with the SCCA.

The collaboration brought about a lot of synergy, and allowed the two organisations, each representing arbitration practitioners and corporate in-house lawyers, to know and understand each other’s work requirements as well as an opportunity for networking (albeit virtual) amongst members.

The motion for the evening was: “The House Believes that Virtual Meetings and Hearings will be the Norm Post Pandemic”.

Following a rigorous debate, the Judges, by a vote of majority, decided in favour of the Opposition Team. They agreed it was a very difficult decision to make in view of the excellent oratory skills and deep knowledge demonstrated by both Teams.

Despite the virtual nature of the event, the Annual Debate was a huge success as SIArb received very positive feedback and encouraging responses from both communities of arbitration practitioners and corporate in-house lawyers. 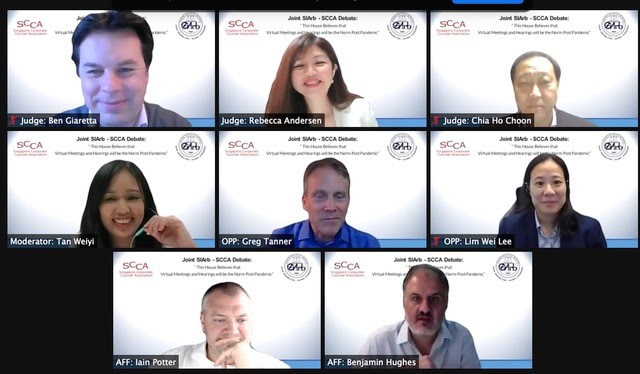 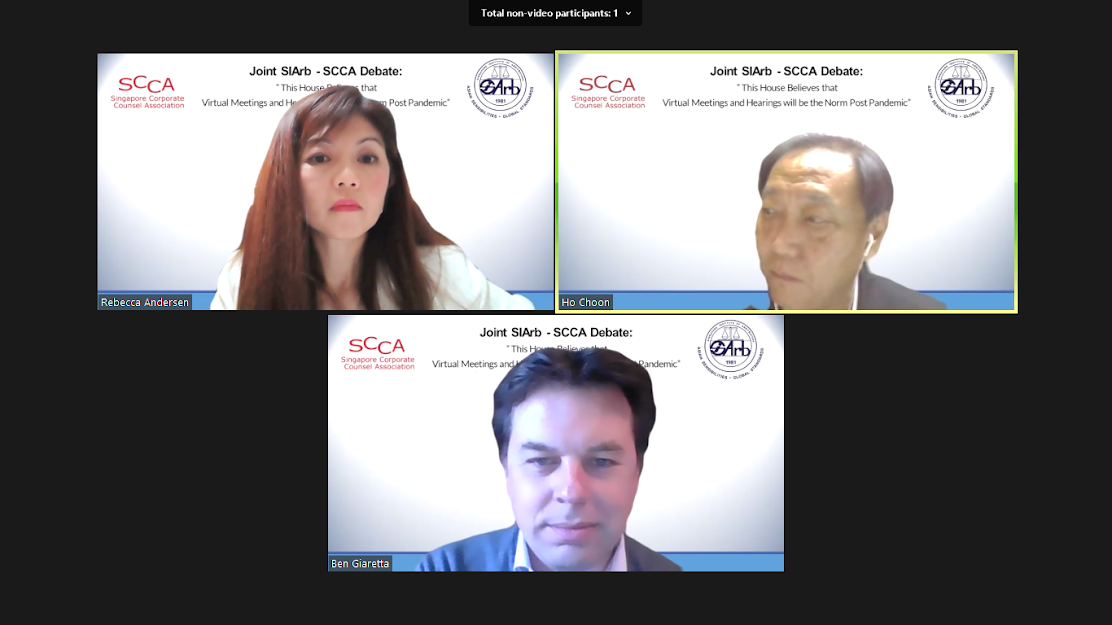