The SIArb Beyond Arbitration Lecture Series which was launched in 2020 returned with the timely topic of Climate Change on 2 September 2021. We were very fortunate to have His Excellency Mr Will Hodgman, the Australian High Commissioner to Singapore speak on the subject. Mr Hodgman was Premier of Tasmania from 2014 to 2020 when Tasmania became the first jurisdiction in Australia to achieve net-zero emissions. The lecture was introduced by President of SIArb, Mr Dinesh Dhillon. Mr Chan Leng Sun, SC moderated. In his Opening Remarks, Mr Chan summarised the sobering conclusions of the 6th Assessment Report of the Intergovernmental Panel on Climate Change (IPCC) which was published in August 2021, highlighting the dire need for urgent and decisive global reductions in greenhouse gas emissions. He also touched on what the ICC Report on Resolving Climate Change Related Disputes Through Arbitration and ADR meant for arbitration practitioners.

Mr Hodgman spoke on the green initiatives undertaken by Australia and the cooperation between Australia and Singapore on sustainability programmes. He affirmed Australia’s commitment to the 2030 targets set by the Paris Agreement and informed the audience that Australia has already reduced emissions by 19% from 2005. He estimates that half of Australia’s electricity supply will come from renewable sources by 2025. Mr Hodgman highlighted the new $30 million partnership between Australia and Singapore to accelerate the deployment of low emissions fuels and technologies like clean hydrogen or green hydrogen to reduce emissions in maritime and port operations. It represents a technology-focused approach to battle climate change.

Mr Hodgman was joined by Ms Liza Noonan, who is Global Head of CSIRO, Australia’s Commonwealth Scientific and Industrial Research Organisation. Ms Noonan gave more details on the Australia-Singapore cooperation on low-emissions solutions. Mr Hodgman and Ms Noonan gamely took a number of questions during the Q&A. SIArb is grateful to them for sharing their considerable insights on the topic, in particular to Mr Hodgman for taking time from his many duties as High Commissioner to Australia. 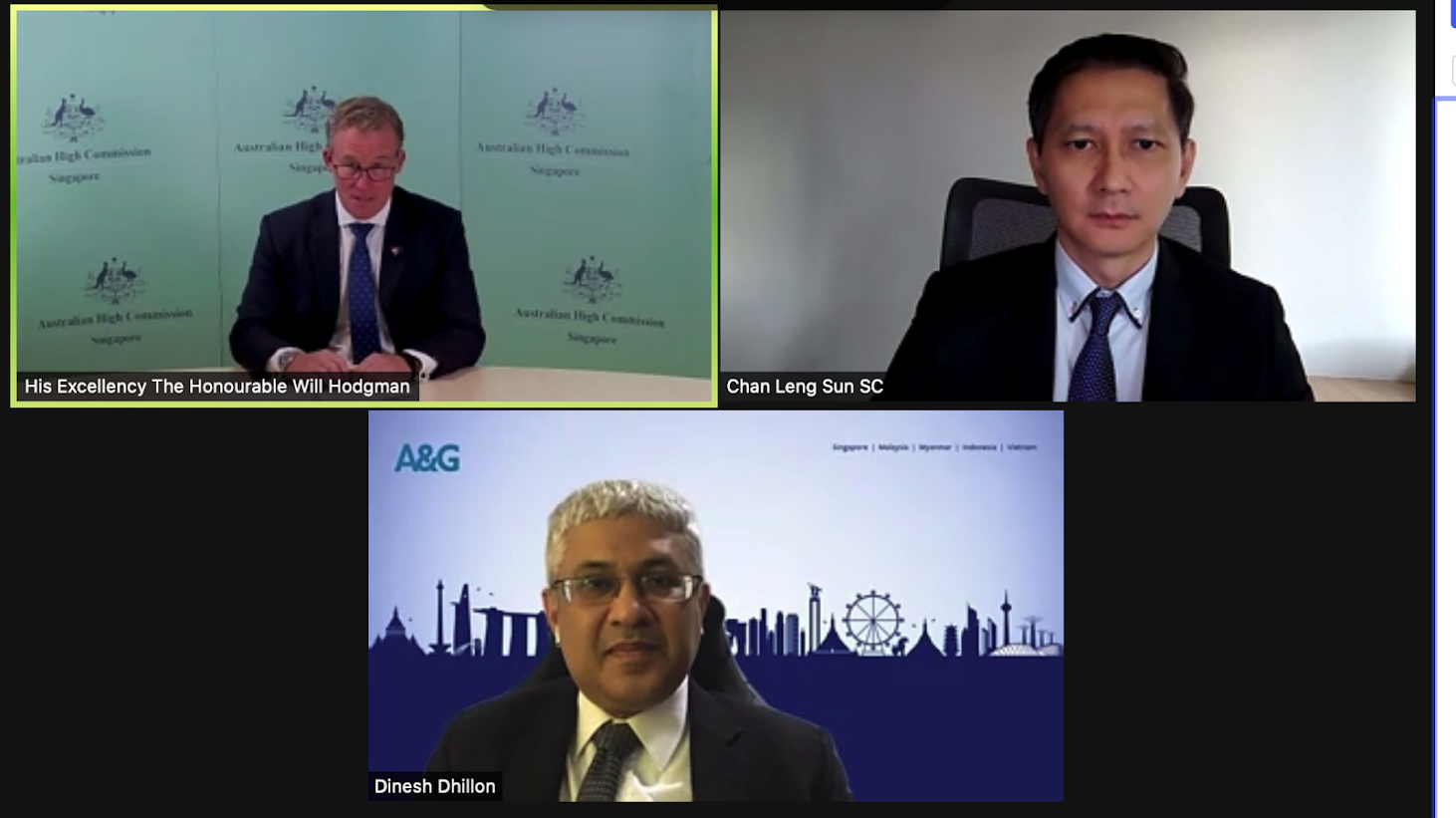 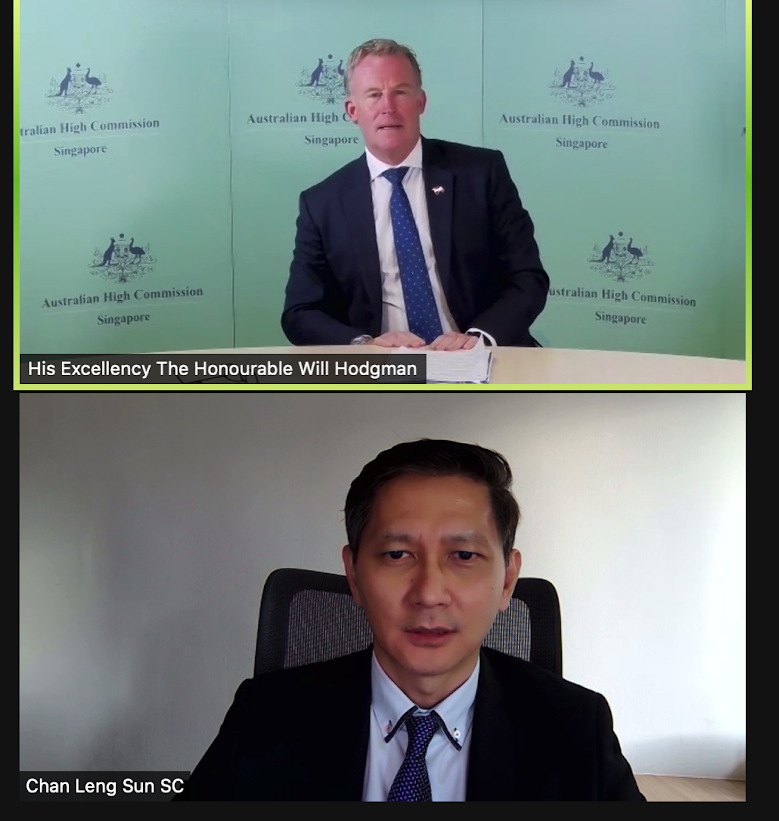